Here are details and photos of ancient Muslim stone inscriptions found in Sri Lanka. Two of them are over 1,100-years-old. These stones inscriptions are currently on display at the Sri Lanka National Museum in Colombo 7.

Muslim stone inscriptions have been found in Sri Lanka from the coastal regions as well as from the interior of the country (e.g.Bhagava-lena cave, Adam’s Peak.) The records are mostly tomb-stones, while some others are votive in character. The records date between the 9th-15 century period. The script used generally was Kufi Arabic style. But other scripts such as Naskhi, and Farisi have also been noticed.

Puliyantin Island (Manner) tomb-stone. An inscriptions of a Muslim who died in the Hijra year 300 (900AD).
(Description Source: Colombo Museum.)

Sir Alexander Johnston Inscription refers to a Muslim preacher sent to Colombo by the Caliph of Bagdad. The tomb-stone is dated to Hijra year 337 (948 AD) and belongs to the preacher In Abu Bakasa (or Nakasa) showered with blessings of the God.
(Description Source: Colombo Museum.)

In 1859, Sir James Emerson Tennent wrote about this stone. “There formerly stood there (Colombo) in the Mahometan Cemetry, a stone with an ancient inscription in Cufic characters, which no one could decipher, but which was said to record the virtues of a man of singular virtue, who had arrived in the island in the tenth century. About the year 1787 AD, one of the Dutch officials removed the stone to the spot where he was building, ‘and placed it where it now stands, at one of the steps to his door’. This is the account given by Sir Alexander Johnston, who, in 1827 sent a copy of the inscription to the Royal Asiatic Society of London. Gildemeister pronounces it to be written in Carmathic characters and to commemorate an Arab who died AD 848 ………. A translation of the inscription by Lee was published in Trans Roy. Asiat. Soc. Vol I page 545, from which it apepars that the deceased Khalid Ibn Abu Bakaya, distinguished himself by obtaining security for religion, with other advantages, in the year 317 of the Hejira.” [“Ceylon” Vol I p58 n]

SriLankaMuslims.org Note: Colombo Museum says this is the inscription found by Sir Alexander Johnston but we have some concerns. We think it doesn’t match the copy of the stone inscription made by Sir Alexander Johnston in 1827. This is the oldest physical evidence we have for Muslims in Colombo and the second oldest for Muslims in Sri Lanka. It is a very important link in our history. Is this really the stone found in Colombo Muslim cemetery? If not where is it?

Note: We believe not enough studies have been done on these Muslim stone inscriptions found in Sri Lanka. They are now at the Colombo National Museum, relegated to a little visited corner with hardly any attention given to them. They are lost among the other artifacts in the Colombo museum and not many Muslim visitors even know they exist. We need to need to study, preserve and highlight them to our present and future generations.

Where Are These Muslim Stone Inscriptions Now?

Here is a plan of the, “Stone Antiquities Gallery” at the Colombo Museum where they can be found. They are labeled as, “Arabic inscriptions” and marked, ‘A’ in this plan.

A fragmentary Arabic inscription datable to the 13th century which states ‘… may God Bless him… the Father of Mankind’ has been found in the Bhagava Lena. Bhagva Lena is a cave about 100 feet below the summit of Adam’s Peak mountain.

Curiously it is written by the side of an earlier Sinhala inscription of King Nissankamalla granting land to the mountain Shrine. Both these inscriptions indited in the same cave are testimony to the spirit of religious harmony between Buddhist Sinhalese and the Muslims. In 1344, Ibn Batuta on his journeys in Sri Lanka, climbed the mountain. His writing testify to considerable number of Muslims had gone on pilgrimage to Adam’s peak during and prior to his time. According to Ibn Batuta, one of the ten iron chains fixed for ascending the summit was called the ‘chain of the Muslims’.

The Galle Trilingual Inscription is a stone tablet (stele) inscription that was made in China and brought to Sri Lanka and erected at Galle by a visiting Chinese admiral named, “Zheng He”. It is written in three languages (Chinese, Tamil and Persian). The inscription contains details about the offerings made by the General and others to the temple on Adam’s Peak mountain to, “Allah” (the Muslim term for God) and the god of the Tamil people, “Tenavarai Nayanar”. This inscription was discovered in Galle in 1911 and is now preserved in the Colombo National Museum. The use of Persian written in Arabic script indicative of the importance of that language in Galle and

There is mention about two Arabic inscriptions Jailani, Balangoda. One is a inscription reading “Darvesh Mohiyadeen 715”. The number is believed to be the 715 in Islamic Hijra year (1315 AD). The other inscription is dated to be 815 Hijra year (1478 AD).

Some sources mention a ancient Muslim inscription was found in Hemmatagama near Mawanella. We are looking for more information about this.

Help Us Improve This Article:

This article is a work in progress. It is a community resource and we need your help to improve it. If you have any information, photos, corrections or improvements please email them to: info[at]srilankamuslims.org. We greatly appreciate your support. Thank you.

2. A Criticism of Mr Ramanathan’s “Ethnology of the ‘Moors’ of Ceylon”
http://www.rootsweb.ancestry.com/~lkawgw/ethnomoor.html

Previous Springs of Saylan: The Muslim Contribution to Sri Lanka by Asiff Hussein
Next Some Reflections on the Twentieth Amendment Bill 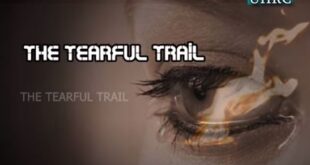 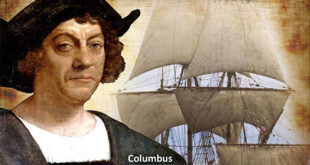 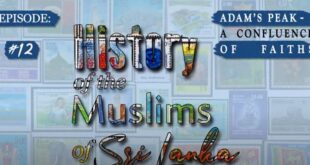 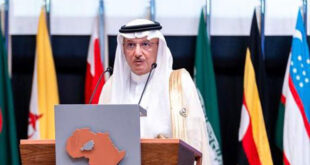