A Tragedy Of expulsions Of innocent peace loving Muslims from their traditionally ancestral homeland Remembered.

A Tragedy Of exodus never to be repeated.

The 31st anniversary of this cruel, inhuman episode in the history of Tamil –Muslim relations in Sri Lanka is being widely remembered at present.

Black October’ 1990 began in the Jaffna peninsula with the expulsion of Muslims of Chavakachcheri on 15 October and ended with the Muslims of Jaffna town on 30 October. The mass eviction of Muslims on the northern mainland began a few days before it commenced in Jaffna town and concluded a few days after the peninsula was ‘cleansed’ of Muslims. The tiger organization (LTTE) forcibly expelled the Tamil speaking Muslim people from the Northern Province in an atrocious act amounting to ethnic cleansing. Within a few days the Muslims were chased out of their homeland where they had lived for many, many centuries

The orders for the Muslim eviction came from the rung of the Tigers. This was an LTTE-only military operation, and there is no evidence of civilian collusion; no ordinary Tamils participated in the eviction. Neither was any reason for the operation ever offered. Did the LTTE, faced with a numerically and politically stronger Muslim minority in the east, simply decide to evict a much smaller and more politically vulnerable Muslim minority in the north? Precise reasons are difficult to establish. What is certain is that this was a decision to remove an entire community, and without any attempt to legitimise the action through popular campaigns.

In Jaffna town, Muslims were summoned to the grounds of Osmania College on 30 October for a 7.30 am meeting.The meeting ended by ten o’clock, with the order that they would have to leave by noon. “They told us that the man coming would say just two sentences,” Nachiya, one of the evictees recalls. “‘Everyone must leave in two hours.’ There was no talk. That’s all he told us. He was a big guy in the Tigers … he didn’t sit on a chair, and he didn’t even stop the motorcycle.”
The Jaffna Muslims made their exit through a route carefully laid out by the Tigers, which took them through LTTE checkpoint after checkpoint. At each they were searched and more and more of their possessions removed. Jewellery was taken from the women. The thefts form some of the bitterest recollections of the Jaffna Muslims. Tareek, a former resident of Jaffna, tells a common tale.

.After the retreat of Indian peace keeping mission from Sri Lanka, Tamil insurgency steadily increased its attacks against government and on all who opposed their cause. Muslims initially supported LTTE cause and joined

The bulk of Northern Muslims were then living in the Mannar district .They were sent out.Apart from Jaffna and Mannar , the Muslims of Mullaitheevu and Kilinochchi districts were also sent out .The Muslims in Vavuniya were safer as most of their villages were in the Government controlled areas. More than 50,000 Muslims were expelled from the northern mainland by the LTTE. Together with those of the peninsula the Muslims driven out from the Northern Province numbered around 75,000 in 1990

Mass expulsion of Muslims from the North in was a humanitarian catastrophe. Uprooting a people from their habitat at gun point and driving them away after depriving them of their cash and jewellery was despicable and unpardonable.

The Liberation Tigers of Tamil Eelam (LTTE) forcibly expelled Muslims at short notice Muslims were sternly directed to leave the places they inhabited for centuries. Muslims were caught between targeted attacks from Tamil militancy and institutional marginalisation by government.
Mass expulsion of Muslims was part of ethnic cleansing by LTTE who believed Muslims to be colluding with government to crush Tamil insurgency. The month is called as ‘Black October’ to On the other hand the UNP govt of the day also exploited and aggravated these feelings.

In relocated places Muslims were continued to be subjected to communal violence and social alienation. Right wing Buddhist groups often targeted Muslims with increasing alacrity. Deprived of all economic means, expelled Muslims are yet end to LTTE insurgency in 2009, efforts were done both by government and the community to return to expelled places. It was easier said than done. Majority of Muslims are still not ready to go back. 2012 census revealed that only marginal number of Muslims returned, expelled Muslims are yet to return to normal life.

Tamils and Muslims still harbour bitter hostility against each other and this causes severe blow to social integration. In an atmosphere of trust deficit, Muslims are afraid of return. Since the eviction, the north has become increasingly insular under the sway of bankrupt Tamil nationalistic politics holding on to the legacy of the LTTE. In this context, the sustained return of Muslims to the north is crucial for its plural future.

The tragedy of this expulsion was that the Muslims began fleeing the areas they had lived in for generations on the orders of an armed movement. There was no protest, no opposition. Such was the terror and power of the LTTE. Besides the Muslims were few in numbers

In an environment where reconciliation is being talked about nationally and globally there is an imperative need for rapprochement between the Tamils and Muslims of the North. A strong sincere hand of friendship should be stretched towards the Muslims.A genuine and humble mass apology should be extended towards the Muslims. A Token apology by the Tamil National Alliance is not acceptable if Muslim are consider a mutual understanding and way forward for both communities.

As we approached the 31st year, after decades, the wounds are open and Muslims are desperate for justice. Trust in politicians eroded in resolving the issues and give solace to the agonised Muslims, the crumbled mutual trust still haunts both ethnic groups and prevents them from complete return to normalcy. As Sri Lanka slips into majoritarian authoritarianism, Muslims is fraught with dangers and insecurity. Indeed, the current context does not bode well for Tamil-Muslim relations and the Country. 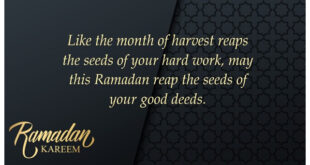