World Forum for Sri Lankan Muslims is concerned by the sudden arrival of armed personnel to the protest site in Galle Face Green early hours of this morning 22nd July and unwarranted, despicable attack on the innocent protestors journalist including international reporters.

WFSLM demand for an immediate end to the unjustified, unacceptable, and disproportionate actions of the Armed Forces and Police personnel targeting civilians.

The WFSLM demands that President ensure that he and his government respect the Rule of Law if the country and Fundamental Rights of the citizens of Sri Lanka.

The use of the Armed Forces to suppress civilian protests on the very first day in office of the new President is despicable and will have serious consequences on our country’s social, economic, and political stability.

As expatriate community we dismayed and shocked to see the unfolding events in Sri Lanka.

WFSLM calls for an immediate inquiry into the incidents and for disciplinary action against all persons involved. All those involved including those who gave orders. Human Rights organizations are watching closely the incidents unfolding in Sri Lanka.

condemned the attack on protestors, this may further delay proposed economic assistance to Sri lanka.

The event portrays a black mark from the beginning for the newly elected President Ranil Wickremasinghe and the Government from the International Community where the country is dependent fully for its economic recovery. 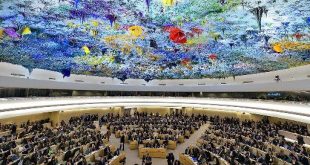