The European Parliament adopted a resolution on Thursday (10) that puts Sri Lanka’s trade concessions for imports to the European Union – the country’s second biggest export market – in grave peril.

In its resolution adopted by 628 votes in favour in the 705-member legislative assembly of the regional grouping, the EU Parliament called on the EU Commission to consider “temporary withdrawal” of Sri Lanka’s preferential access to European markets, which cuts trade tariffs significantly for Sri Lankan exports, including apparel, ceramic and rubber. 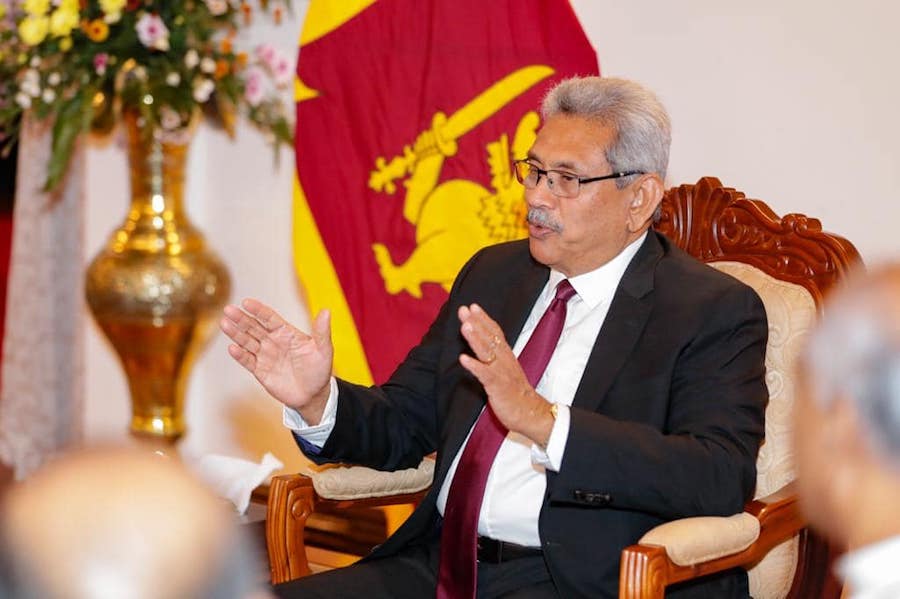 In the resolution adopted on Thursday, the EU Parliament noted that Sri Lanka had regained access to the GSP+ Scheme in 2017 on the explicit condition that it would repeal or replace draconian anti-terror laws – the Prevention of Terrorism Act – and implement human rights reform.

The Sri Lankan Government had persistently failed to meet those conditions the Resolution noted, calling on the EU and the European External Action Service to report to Parliament on Sri Lanka’s compliance on human rights issues and consider suspension of the GSP+ concessions.

The EU Parliament noted that in March 2021, the Government of Sri Lanka had expanded the PTA and allowed for two years of detention without trial for detainees causing religious, racial, or communal disharmony.” The PTA had been systematically used for arbitrary arrests and the detention of Muslims and minority groups, including Ahnaf Jazeem, a 26 year old Muslim teacher and poet and Hejaaz Hizbullah, a well known lawyer for minority rights and the rule of law.

The EU Parliament “noted with concern” the detention of former CID Director Shani Abeysekera, and urged the Government to immediately give those detained a fair trial on valid charges or release them unconditionally.

The Resolution also noted the adoption of the 20th Amendment to the Constitution and expressed serious concern about the resulting decline in judicial independence, reduction of parliamentary control and excessive accumulation of power in the presidency.

The EU Resolution is a clear indication that international pressure on Sri Lanka’s human rights record will not be confined to the UNHRC session in Geneva three times a year, and will likely be expanded with more bilaterally targeted actions.

In March this year, UN High Commissioner for Human Rights Michelle Bachelet, specifically called on individual member states to consider targeted sanctions, travel bans and other bilateral measures to hold Sri Lankan Government officials to account. A withdrawal of the GSP+ and even a suspension of the preferential tariffs will cause further economic strain for exporters that bring crucial foreign revenue to Sri Lanka’s strained national coffers.

Gotabaya Rajapaksa’s Government has promised the EU that it will “revisit” the PTA. However a few days ago, the President issued a gazette declaring a previous counter terrorism unit HQ as a special detention centre for PTA detainees, a clear indication that more arrests under the draconian anti-terror legislation were coming.

The EU Parliament resolution was adopted even as the US Congress considers a resolution on Sri Lanka on its rights record and power sharing with the island’s minority Tamils.

Read the full Resolution adopted by the European Parliament here or see full text as follows:

The situation in Sri Lanka, in particular the arrests under the Prevention of  Terrorism Act

European Parliament resolution of 10 June 2021 on the situation in Sri Lanka, in  particular the arrests under the Prevention of Terrorism Act (2021/2748(RSP))

– having regard to its previous resolutions on Sri Lanka,

– having regard to the report of the Office of the UN High Commissioner for Human Rights  of 9 February 2021 entitled ‘Promoting reconciliation, accountability and human rights in  Sri Lanka’,

– having regard to the UN Human Rights Council resolution of 23 March 2021 entitled  ‘Promoting reconciliation, accountability and human rights in Sri Lanka’,

– having regard to the report of the UN Special Rapporteur on the promotion and protection  of human rights and fundamental freedoms while countering terrorism of  14 December 2018 entitled ‘Visit to Sri Lanka’,

– having regard to the statement by Michelle Bachelet, the UN High Commissioner for  Human Rights, of 24 February 2021 on Sri Lanka,

– having regard to the final report of January 2020 of the European Union Election  Observation Mission to the Sri Lanka Presidential Election of 16 November 2019,

– having regard to the EU Generalised Scheme of Preferences Plus (GSP+), the special  incentive programme of which Sri Lanka is a beneficiary,

withdrawal of Sri Lanka’s GSP+ status and the benefits that come with it, and to report to  Parliament on this matter as soon as possible;