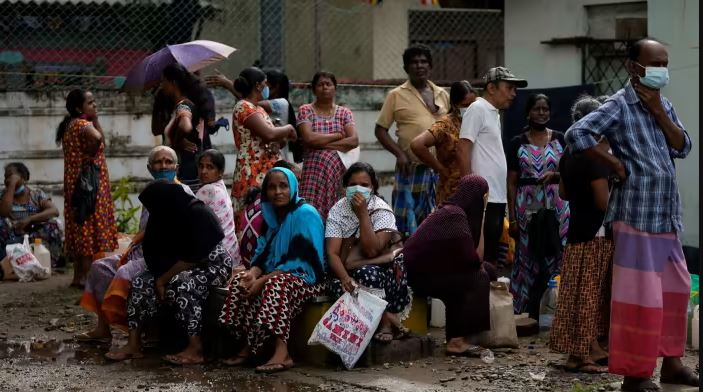 Residents wait to buy kerosene oil for cooking in Colombo, Sri Lanka. A dearth of fuel has led to long queues for petrol and multi-hour power cuts © Eranga Jayawardena/AP

Sri Lanka’s central bank has confirmed the country has missed a deadline for foreign debt repayments, the first sovereign default in the Asia-Pacific region this century, according to Moody’s.

A 30-day grace period for missed interest payments on two international sovereign bonds expired on Wednesday, forcing Sri Lanka into what some analysts called a “hard” default as the country confronts an economic and political crisis. The last Moody’s-rated sovereign borrower to default in Asia was Pakistan in 1999.

Sri Lanka, which has never defaulted before, owes about $51bn in overseas debt to international bondholders as well as bilateral creditors including China, Japan and India.

At a briefing on Thursday, Nandalal Weerasinghe, the central bank governor, confirmed that Sri Lanka’s creditors could now consider the country technically in default.

“We announced to the creditors, we said we are not in question to pay that. If you even don’t pay after 30 days . . . then probably from their side they can consider it as a default,” he said. “Our positions are clear. We say until they come to restructure we will not be able to pay.”

But the central bank disputed that it was a hard default, calling the move “pre-emptive”.

Analysts said that rising global interest rates, high energy prices and a surge in inflation were piling pressure on import-dependent developing economies such as Sri Lanka.

The island borrowed heavily to fund infrastructure-led growth after the end of its civil war in 2009, but policies including a 2019 tax cut and the loss of tourism during the pandemic left it unable to refinance in international debt markets.

The crisis has triggered widespread pain for Sri Lanka’s population, with a scarcity of fuel leading to long queues for petrol and multi-hour power cuts. The currency has also plunged, exacerbating political unrest.

The cabinet, including Gotabaya’s brother Mahinda, the prime minister, resigned last week as attacks by pro-government supporters against a growing protest movement triggered a wave of violence across the island.

Ranil Wickremesinghe, the newly appointed prime minister, said this week that the Treasury was struggling to find $1mn to pay for imports.

Sri Lanka has begun negotiations with the IMF over a loan programme and is appointing advisers for debt restructuring talks with its creditors. But it lacks a fully functioning government, including a finance minister, and analysts expect any deal to take months.

The missed payments, for interest on two $1.25bn international sovereign bonds maturing in 2023 and 2028, could trigger cross-default clauses that would bring much of Sri Lanka’s debt due before it has begun formal restructuring talks.

A Sri Lankan government bond maturing in July this year is trading at about 45 cents to the dollar, with longer-dated bonds at even lower values.

JPMorgan on Wednesday assigned an overweight rating to Sri Lanka bonds, indicating that it expected bond prices to rise in the coming months.

“Twists and turns are likely to materialise in the months ahead,” JPMorgan wrote. “However . . . we think risk-reward is favourable to start building long positions.”