2 years after explosions in Sri Lanka killed/injured hundreds, Catholics demand justice or will “take to the streets” on anniversary of attacks, April 21, 2021.

TORONTO, ONTARIO, CANADA, April 13, 2021 /EINPresswire.com/ — Canadians for Justice and Equality, a newly established non-profit group intent on raising awareness of human rights issues, particularly those of such minorities as Tamils and Uyghurs, says independent investigators from India, Europe and the U.S. must become involved in the investigation into the bombings of churches and luxury hotels in Sri Lanka on Easter Sunday, April 21, 2019.

About 270 mostly Sri Lankans, but at least 45 foreigners including children, were killed when a series of suicide bombers attacked two Catholic churches and a Protestant church during Easter worship services in multiple cities on the island, as well as three five-star beachfront hotels in the Sri Lankan capital of Colombo. More than 500 people were injured.

At the time, the Sri Lankan government suggested the perpetrators were associated with the National Thowheeth Jama’ath, a local Islamic terrorist jihadist group believed to have ties to the Islamic State (ISIL). Then President Maithripala Sirisena, who is again seeking office, first blamed Islamist extremists, then international drug traffickers.

Many world leaders, including Britain’s foreign minister, India’s and Pakistan’s prime ministers, Pope Francis and Canadian Prime Minister Justin Trudeau, condemned the attacks. His Eminence Thomas Cardinal Collins, Archbishop of Toronto, called the bombings “a day of great tragedy, as our brothers and sisters in Christ in Sri Lanka have been killed, murdered on this most holy day, as they came together for the worship of the Lord.” Cardinal Collins added, “Throughout the whole world, there is on this planet no group more persecuted than our brothers and sisters in Christ.”

Meanwhile many Sri Lankans continue to point to a failure to act on intelligence about the attacks. Police received a letter at least a week and a half before the explosions referencing suicide bombs and prominent churches but did not alert the government.

On February 1 of this year, official government investigation findings were delivered to President Gotabaya Rajapaksa, but victims’ families suspect the government of trying to hide the investigation’s findings and want an international court to intervene.

Nearly two years after the bomb attacks, Catholic leader Cardinal Malcolm Ranjith is calling on the International Criminal Court (ICC) to intervene in the investigation and is demanding legal action against Sirisena. He says the church still has many questions about who was responsible, the sources of funding and supporters behind the attacks.

“If justice is not done before 21 April, the (second) anniversary of the Easter massacres, we will all take to the streets,” said Ranjith, who held a service last week at one of the churches that was bombed in 2019. Ranjith noted that the presidential inquiry clearly indicates the people who were involved in the attacks and questioned why they had not yet been punished. “The families of the victims want the truth.”

Roy Samathanam, founder of the new Canadians for Justice and Equality, says, “I strongly believe Sri Lankan intelligence was behind this attack against Christians. They were seeking to gain political popularity and to win the election, and for this reason the Sri Lankan government will never deliver justice for the victims.”

Samathanam, who fled the civil war of 1983-2009 in 1990, was tortured by counter-terrorism police for nearly three years when he returned to his homeland in 2007. He was accused of being involved with the Tamil Tigers rebels.

About Canadians for Justice and Equality
President Roy Samathanam founded Canadians for Justice and Equality in February of this year to promote social justice and equality for people around the world, to raise public awareness on human rights and democracy by fighting for the release of political prisoners worldwide, and to encourage greater participation of minorities such as Tamils, Rohingya and Uyghurs in the political process. The non-profit organization also advances education through workshops for activists about justice-oriented social change and other activities related to attaining its objectives.

Previous UK Parliamentary debate held on Sri Lanka ahead of the crucial vote on draft resolution46/1.18-03-21
Next Ramadan Planner [eBook] 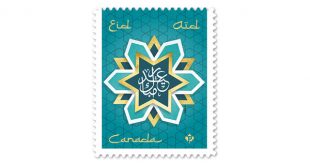 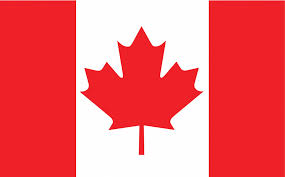