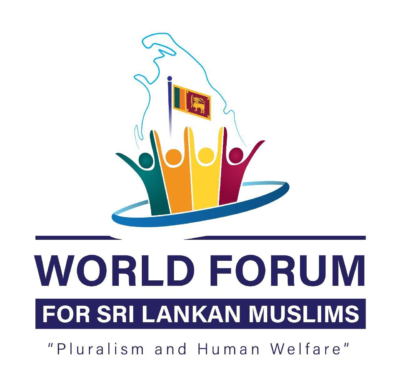 World Forum For SriLanka Muslims, send this message of felicitation to our brothers, sisters and fellow citizen of our motherland Sri Lanka on the happy occasion of the National Day of Sri Lanka, and commemorate our country’s 74th anniversary of independence from four and a half centuries of foreign colonial rule.

Our sincere gratitude to our heroes and patriots who struggle to liberate the nation in the period preceding 1948. We can truly commemorate

our nation’s journey to regain our freedom and the inalienable rights of our people from foreign political, economic, and socio-cultural subjugation.

The political and social freedoms which were won through the commitment of these heroes, as a gift of immense value to our beloved motherland. It is the responsibility of all of us, then, to protect this freedom and strengthen it to the benefit of all our people.  We bow our heads in humble tribute to all our national heroes who had fought against foreign colonial rule

While supporting the nation We sadly affirm that after obtaining independence, due to a growing spirit of subservience to different ideologies over the years, the craving for power by our political leaders and the increasing spirit of greed for wealth, our beloved homeland has slid into an unredeemable precipice of moral, spiritual, economic and social degradation

At a moment like this, what all those who truly love our homeland should do is to engage in a profound examination of conscience and to seek a total transformation of our society seeking to extricate our country from the effects of those decisions that led It on to this downward slide. Committing ourselves to that is the best way to commemorate our independence.

74 years of our post-independence era, as a nation, we have begun to gradually lose our hard-won freedom. Due to the short sighted and unintelligent actions of our political leaders, past and present, leading to the spread of a spirit of deep division and mistrust among the different ethnic and religious groups; galloping corruption prevalent among those whom we have elected as our leaders and the continuous manipulation of the rule of law by them, to suit their own interests, the people in this country have begun to increasingly feel that, for them, independence turns out to be a meaningless word.

In these present times more and more people in our country are suffering from poverty and are becoming victims of a new sort of slavery resulting from the short-sighted decisions of our political leaders. Thus, there emerges a question in our minds as to what happened to our hard gained independence. If we really love our motherland, it is indeed necessary to do an examination of conscience about what has happened to us.

When truth is stated that the best way to strengthen the freedom gained with such sacrifices, is to go for a radical change in our national options. Vail of us commit ourselves to work for that transformation, it would be the best and the most effective service we could render our motherland.

Having penned that, Members of World Forum understand the need to support with dedication our motherland, united with other communities to support the efforts of the government  as Corvid19 has disproportionately affected developing countries including Sri Lanka and specially the low income citizens of our nation.

We salute our Muslims leaders who contributed  immensely to gain the independence of our Nation along side the leaders of other communities.