COSMOS UK successfully held its 8th AGM on Sunday 19th of September 2021 at Sri Lankan Muslim
Cultural Centre (SLMCC), Harrow from 17:00 to 20:00. The AGM was attended and Joined via Zoom by
15 affiliate organisations and their nominated representatives. Past Presidents of COSMOS UK Mr.
Mubarak Jainulabdeen and Mr. Rizwan Wahab along with many community leaders and members of UK
organisations grace this occasion.

Agenda for the event included an opening speech by the outgoing president, Mr. Liyas Abdul Wahid who
outlined key achievements during his tenure as president. This included items such as:

Further detail can be found on the AGM report and Mr Liyas thanked all those who helped and supported
him through his time as president and wished well for the new leader and team.

This was followed by the confirmation and approval of the last AGM minutes and a presentation of the
past year’s activities by the outgoing General Secretary, Mr Shakeer Nawas. This added to what Mr Liyas
had mentioned and identified the various meetings, rallies, press releases, letters to senior dignitaries
and other engagements COSMOS UK have had over the past year. He noted that COSMOS UK now has
representation within the Muslim Council of Britain through their National Council, providing a platform
for us to contribute to the wider Muslim agenda. A detailed account of the past year’s activities can be
found in the AGM report.

The presentation of the Financial Report was tabled by the outgoing Treasurer, Mr Mukshid Zawahir and
it was discussed at the AGM.

Mr. Liyas then proceeded to dissolve the current office bearers and start the election process for the
new office bearers. Election commissioners were identified from the attendee’s and conducted.
Following the nominations and voting the following members were elected as office bearers for the next
2 years as per the constitution of COSMOS UK.

The incoming President Mr Shakeer Nawas Thanked the Executive team for placing trust and electing
him as the President and highlighted his vision to take COSMOS UK forward. He noted the importance
of inclusivity and diversity within COSMOS to better represent the wider Sri Lankan Muslim Community.
In particular, he noted the importance of engaging women and youth of the Sri Lankan Muslim
community in the UK. The president emphasised an initiative to amend the constitution of COSMOS UK
and streamline it with the current and future needs of the Sri Lankan Muslim Community. Further
Shakeer emphasised the importance of a united voice for the community on Sri Lankan matters and
bringing all Sri Lankan based organisations under one umbrella for the betterment of our community
here in the UK and Sri Lanka.

The new team is looking forward to engaging with the wider community to better represent us, to

engage and work with Government leaders, community leaders, members of all communities, well-
wishers and interested parties in the future to further the COSMOS aim of bringing our vision to reality

in enabling the betterment of communities by working towards peace, coexistence of all races and
religious people side by side in Sri Lanka & UK.

The meeting closed with a special speech by SLMCC Imam Thalha Siddiq on the importance of Social
Service. Shakeer thanked the hosts SLMCC Harrow, Past Presidents of Cosmos UK, Community Leaders,
Nominated Executives and all attendees and members for their unwavering support to the COSMOS UK. 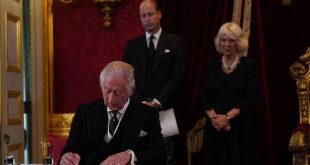 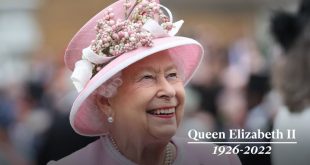 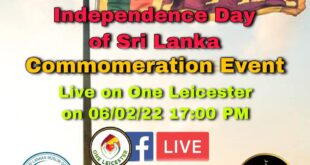