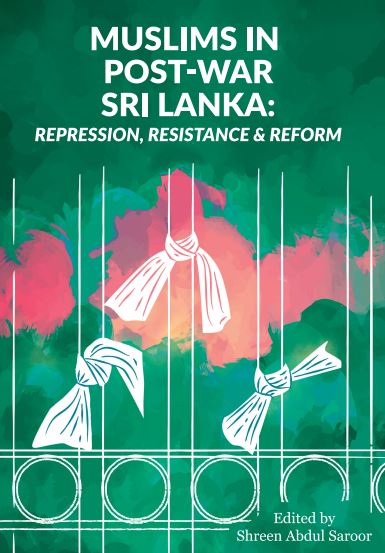 This volume with research and writing from some of Sri Lanka’s best young scholars is a pioneering effort to reflect on the last few years and the particular experience of Sri Lanka’s Muslim community. They analyse the Easter Sunday bombings, attacks against Muslims and their properties, the demands for non-discrimination, justice and accountability, the despair of displacement, the experience of being at the receiving end of counter terrorism strategies,
the particular dilemmas related to women’s rights and Muslim women’s experiences during these difficult times.

For years the narrative of the political mainstream in Sri Lanka was to paint Sri Lankan Muslims as the perfect minority. Beginning with Professor Lorna Dewaraja’s work on the Kandyan Kingdom, the Muslims were portrayed as a fully integrated, loyal and reliable minority as opposed to the Tamil minority that was seen as violent and rebellious. Many individual Muslim police and army officers contributed to the war effort against the Liberation Tigers of Tamil Eelam (LTTE). Once peace came these efforts were forgotten and the Muslim community is now the one that faces the brunt of ethnic mobilisation and hate speech.

The Muslim community has faced brutality from both sides of the ethnic conflict. In the 1990s they were driven out of their homes in the northern province by the LTTE into a life of displacement and fear. As captured in this volume many have not recovered from the violence they faced. A whole generation of Muslim youth has grown up in these displaced settings, watching the pain of their parents being thrown out of an area where they had lived
for centuries.

Muslims have always faced a level of discrimination by the Sri Lankan state and society as described in this book but in recent years they have been physically attacked and their properties burnt in different parts of Sri Lanka. In addition, the counter terrorism measures that have been taken after the Easter Bombings have traumatised and victimised the community with the fear that more young men will become angered and radicalised. The recent laws on rehabilitation where young men and women are subject to rigorous brainwashing and military style discipline is what must say is a new era in the criminal justice system in Sri Lanka.

Dr. Coomaraswamy served previously served as UN Under-Secretary-General and Special Representative on
Children and Armed Conflict, and was formerly UN Special Rapporteur on Violence Against Women. In Sri
Lanka, was the Chairperson of the Human Rights Commission between 2003-2006.

The root causes of these actions against Muslims by state and society are analysed in detail in this book. They originate in local rivalries, national level prejudice to regional majoritarian influences, to the international campaign associated with the war on terror and its resultant Islamophobia. The destructive role played by social media and the impunity given to local actors, especially religious actors, expressing hate and engaging in violence against the Muslim community cannot be understated. Chapters in the book also recognise the new politics of forced demographic change that has further endangered and marginalised the Muslim community.

As one reads the lucid chapters contained in this volume one is reminded of the writings of scholars like Professor Veena Das on the nature of violence in South Asia. Along with the rest of the world there is the struggle between terrorism and counter terrorism leading to a great deal of suffering hardship and harassment. The use of the Prevention of Terrorism Act and the recent laws on rehabilitation are examples of the draconian measures states have taken.  But in South Asia, there is also the ’ethnic riot’ where citizens of the majority community attack members of the minority community and their properties often encouraged by the state and its operatives. Professor Veena Das found this type of violence to be particularly pernicious, tearing apart the social fabric, creating permanent fault lines and perpetual tension. Understanding the roots of this violence and building solidarity at the local level remains an important need in Sri Lanka.

The book has very important chapters on the experience of Muslim women, their demand for equality within the community, the markers of their identity as Muslims and their bodies and dress becoming a site of ethnic contestation. The book also recognises their role as peace builders, reaching out to other communities and ethnic groups in a tradition of peace and reconciliation. Women peace builders have emerged in all the local communities as women reach out to build bridges, work toward reconciliation and attempt to protect their families. This volume is therefore a review of the recent past, focusing on the Muslim community but also pointing to the major fault lines and gaps in Sri Lanka as a whole — unbridled majoritarianism, impunity for violent crimes, terror and counter terror and a general disregard for the human rights of some of the people living within its borders. At the same time, there is also positive news of which this volume is an example. People are resisting and mobilising in small and determined ways to fight against social injustice and to keep alive the flame for a better future. Against immeasurable odds they continue to strive forward. 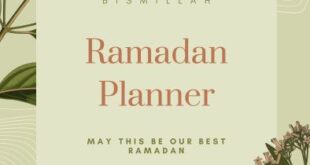 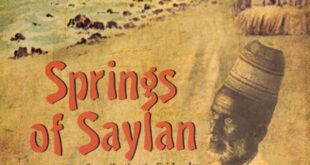 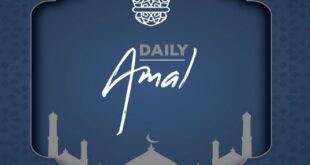